Beth is founder of the film and media company Principle Pictures, and she believes in the power of storytelling to understand our world and begin to make it a better place. Her work as producer, director, journalist, writer, and photographer is focused on human rights, equality and justice, and she is most driven to tell the stories of those who are shining a light in some of the darkest corners of our world. She has directed and produced nearly 20 documentary films (including the features Beyond Belief and The List) that have screened at film festivals (Tribeca, HotDocs, Abu Dhabi, Human Rights Watch) and aired on television networks globally (Sundance, PBS, History Channel, Discovery, NHK). Her work as a multi-media producer, impact campaign director and author raises awareness and promotes action for issues and causes that demand social change. Murphy is a Correspondent/Producer for The GroundTruth Project and blogger for HuffPost. An Audience Engagement Campaign Murphy lead helped build the first women’s center in Afghanistan.

Razia Jan is fiercely protective of “her” girls and is the film’s trusted narrator. Her humanitarian efforts earned her a CNN Top 10 Hero honor (2012) and recognition in First Lady Laura Bush’s book We Are Afghan Women: Voices of Hope (2016). Jan’s efforts to forge connections between Afghans and Americans began by rallying her adopted New England community to send over 400 homemade blankets to rescue workers at Ground Zero after September 11, 2001. Her efforts expanded to include sending care packages to U.S. troops in Afghanistan. Through her involvement in the military’s Operation Shoe Fly, she coordinated the delivery of over 30,000 pairs of shoes to needy Afghan children. Her handmade quilts commemorating September 11th have been exhibited at Madison Square Garden, the chapel at the Pentagon, and at fire stations in New York and Massachusetts.

Born in Afghanistan, Razia moved to the United States in 1970. The proprietor of a small tailoring business in Duxbury, Massachusetts, for 20 years, she served as president of the town’s Rotary Club. She
is a member of the Interfaith Council and No Place for Hate, and a member of the board of directors at Jordan Hospital. Razia has spoken on women and children’s issues at many venues in New York,
Massachusetts, Washington, DC, and Afghanistan.
Razia has received many awards for her humanitarian work, including the 2007 Woman of Excellence award from Germaine Lawrence Inc., multiple Rotary Club International Peace Awards, and certificates of appreciation from the Army Corps of Engineers and the American Legion. In 2011 Razia was honored by the Duxbury Rotary Club with their inaugural Amazing Woman of the Year Award. In 2014 she was named Social Innovator by the Lewis Institute at Babson College and in 2015 she was awarded a Woman of Action award from Rotary International at the United Nations in New York City.

Charlie is the Founder and Executive Director of The GroundTruth Project. He is an award-winning foreign correspondent, author and editor with 30 years of experience in journalism. Sennott has reported on the front lines of wars and insurgencies in at least 15 countries, including the 2011 revolution in Cairo and the Arab Spring. Sennott’s deep experience reporting internationally led him to launch The GroundTruth Project and to dedicate himself to training the next generation of international journalists for the digital age. Sennott is also the co-founder of GlobalPost, an acclaimed international news website. Previously, Sennott served as the Boston Globe’s Middle East Bureau Chief based in Jerusalem from 1997 to 2001 and as Europe Bureau Chief based in London from 2001 to 2005.

Debra McLeod is Founder of Grant Me the Wisdom Foundation, a non-profit dedicated to empowering women and girls through education. She is on the board of Impact Partners, a pioneering equity investment company that supports the documentary film community--especially social issue films. McLeod also serves on the board of the Yale Divinity School. 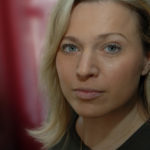